Who’s setting the tone of your holiday season?

So, who’s setting the tone of your holiday season? And how’s that working out for you? 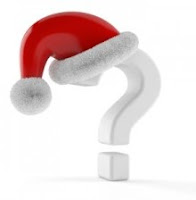 It’s a cliché that we in the developed world are bombarded with messages saying that our winter celebrations should involve consumption and commodities. The other part of the cliché is that you should fight these messages by somehow returning to the true, original, spiritual meaning of your preferred traditional winter holidays. Two competing shoulds.

I have a simple, technical suggestion that’s a little bit different. Reset the tone, the vibration, for yourself, of your own holiday season. More on how to do that below; you can skip to the end right now to read about it. Or continue on for more of my own holiday story.

As children, we usually default to the tone, and all the accompanying customs and emotions, that our family sets for the holidays. The result for me has been mixed. As a child in suburban Long Island, New York, I lived mainly among other secular Jews. Though my family was grounded in what I call the left-wing branch of Judaism – focused on progressive social action but not religious observance – we did what most of our neighbors and friends of various political leanings did for the holidays. We decorated a tree and exchanged gifts on Christmas, pretty much in the spirit that to do so was to be American; we also lit candles in a menorah and gave Hanukkah presents. It felt normal and comfortable.

We moved to Cupertino, Calif. when I was 10 years old, and I suddenly felt like an outsider. 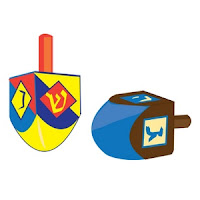 The only Jews I was aware of lived across the street, but they didn’t have that comfortable New York-y feeling that was connected to modern intellectual culture as well as to the “old country” as personified by my Russian-born paternal grandparents (who had helped overthrow the Czar in Russian and were still Communists, and who still lived in the Bronx). No longer did my immediate pals and neighbors follow the traditions we did.

And I couldn’t really call them traditions anymore. My parents, in their interests and actions, increasingly matched the overall tone of cultural, social, and political change of the late 60s and 70s (peace marches, relocating to a self-reliant life in the redwood forest, and other experimentation, usually involving people much younger than themselves, even while my father still worked in Silicon Valley and my mother carried on to some extent the traditional life of a suburban mother). Amid all the hubbub, not to mention my father’s career switches and the economic challenges of the time, they never reestablished a consistent approach to celebrating the winter holidays. There wasn’t much of a tone for me to match.

In recent decades, one person in my immediate family made a strong stand for a December celebration: my only brother (and only sibling), not quite two years younger than me. He and his wife, an observant Catholic, started giving a big party every Christmas Eve. He swathed his house in Christmas lights, more of them each year, and put out a lavish spread. At first, though his approach felt startlingly foreign to me, I enjoyed these parties. They were fun, even though filled with a sea of his wife’s relatives whom I didn’t yet know well. 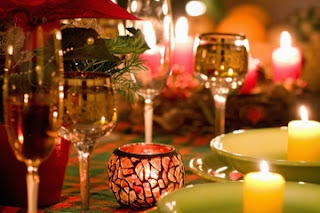 But the pleasure of the parties was increasingly marred by what went on during the rest of the year. My brother, whom I loved dearly and was once quite close with, was extremely busy with a high-tech job and four kids, and his wife disliked my parents. Though he lived about a 10-minute drive away from my folks, and about an hour-and-a-half drive away from me, he and his wife chose to spend little, if any, time with us. The time I did gain with them was hard to schedule with him.

The only reason for all this that I heard from him was that he was too busy and wanted to focus on his new immediate family, and that our parents’ requests felt like big demands on him, while what he needed was help. Yet it was difficult to reach either him or his wife to schedule such help. Also, my brother and his wife wanted my parents to take care of their grandchildren for long stretches of time, but arthritis made it hard for my folks to do this for more than three hours or so. My brother and his wife couldn’t comprehend this. Finally, my parents, whom I remained very close with and saw often, didn’t understand why their son and his wife didn’t want to hang out with them as my parents had so loyally hung out with my grandparents, as often as every two weeks, kids in tow for a happy gathering.

I felt hurt and perplexed by the situation, and frustrated by my unsuccessful pleas to my brother about the value to everyone of us spending time together. So, every year at his Christmas Eve party, I felt more uncomfortable about the disparity between the cheer around me and the emotional pain and distance during the rest of the year. But I attended, managing to enjoy the festivities and the company, in some ways at least. 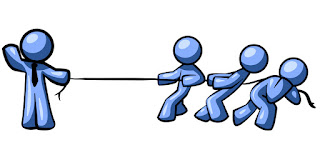 Then a second complication occurred: I began living with a man whose widowed father (also Catholic), celebrated Christmas on Christmas Eve. That was where we had to be. My brother wouldn’t hear of it. He wouldn’t see us any other day of the holiday season, or for that matter, of the year. It was his party or nothing.

So my Hanukkah/solstice/Christmas season became a welter of impossible desires, frustrated expectations, and confused sadness.

Gradually, it dawned on me that I, just me, could have – did have – my own experience of the darkest time of the year, in which humans historically set out light and gather together for warmth and company. I didn’t have to simply react to what others wanted. I didn’t have to only try to be a peacemaker, or, when that didn’t work, to feel an underlying drumbeat of frustration and anger and disappointment throughout the holiday time. That drumbeat was me being busy resisting other people’s decisions and tone for the season.

For here’s a handy truth you may have heard: what you resist is what you get. If a good deal of your energy is tied up with something, that’s what you experience. So why tie up your energy with what you’re fighting? 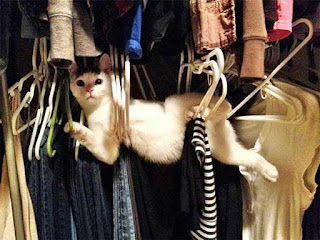 I still try to spend time with those I love around the holiday season. I still try to broker agreements where there are none. I help create and attend others’ celebrations. And I still feel some of those uncomfortable, even heartbroken, feelings. But amid all this, I also make sure to set the tone for my own holiday season – a largely happy tone.
How? Well, as a poet, a singer, a psychic, or, for that matter, someone who cleans my own house, I believe in using good technique. It’s not an intellectual approach. You don’t have to be perfect at it. You don’t have to be particularly qualified either.

The technique I recommend is to consciously set the tone or vibration of your own experience of the holidays by imagining a color for it. Sit down in a quiet place where you won’t be interrupted for 5 or 10 minutes. Ignore the phone, the computer, and other devices. Give yourself this time.


Put your two feet on the floor. Close your eyes. Imagine a connection between the base of your spine and the center of the earth. Don’t make this too difficult. Just be like a child and imagine it – some connection that happens instantly, descending from the bottom of your spine and hooking into the middle core of the earth: a tree trunk, a rope, a stone column, a giant stream of water, something about as wide as your body. Once you’ve done this, your body is grounded, feels safer, and has some conduit through which to release feelings, thoughts, and energies you want to let go of.

Now, bring your awareness back up to behind your eyes. Postulate that you will see a rose in front of you with a color that embodies the tone you want for yourself holiday season. Don’t make it hard. Just see a rose. What color is it? Red? Gold? Blue? Green? This should feel good to you. If you don’t like the color, let the color change. Let the rose take on the color that represents the vibration you want to feel throughout the holidays. What’s the color? Let it fill the rose.

Look at it. Enjoy it. Does it conjure up a particular feeling in your body? What does it remind you of ? What song? What sound? What food? What place? Savor this rose you just made.

Reach out and grab the imagined rose you just created. Pull it up against your chest. Experience what it’s like to have this feeling. It’s all yours. Right in that moment, practice having this feeling. This tone. This vibration.

Then, when ready, let go of the rose and let it travel out into the universe to manifest. 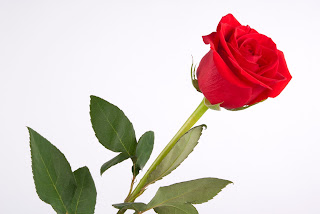 Energy vibrations can be communicated and quantified in various ways. In the slowest way, they become things. In the fastest way, they are subatomic particles we don’t yet know how to scientifically track or measure. One way to notice and set vibration is to use a mental picture incorporating color. I like to work with this mode because, for me as a human – as the old adage goes – seeing is believing. You don’t have to be officially clairvoyant to work with color as a way to reset a goal, an experience, a plan. (And you don’t have to be a musician to target and re-find a vibe via music.) 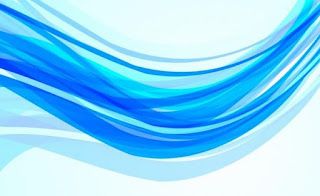 So with this simple technique, you can reset the tone of your holiday season – or for anything in your life – by targeting a color (that is, an energy vibration) and owning it for yourself, using the neutral, lovely, even healing image of a rose, then letting it go out to do its work. Then you don’t have to work at it all the time – you can let this energy analogue you created, the rose, do the job of keeping the tone you want for your holidays. You did it – it’s done. But you can call back the rose to check it, remind yourself of it, or even recreate it entirely if you can’t find it anymore or it looks a bit worse for wear.

Family conflict, external or internal expectations of what you should be able to buy for yourself or others, or just the demands of survival in the dark winter – all this can be painful and difficult. Even those of you who have harmonious family relations may feel the claims of the season to be exhausting. Life feels more complicated over the holidays. Time really is shorter.

All the more reason to try this simple tactic for changing the energy. Be the one calling your own tune for the holidays. No one else even has to know about it.
When you do this, you’re no longer competing with the demands around you. You might meet the demands, or you might not meet them, but you’re still the one setting the tone for how you feel. And others get to set the tone for how they feel too. Which doesn’t have to be your responsibility or your problem.

It works for me.

Wishing you a joyful, easy, satisfying holiday season – along with a little bit more awareness of your own (changing) energy tone, and the tones of those around you! I can see the colors lighting up (or not), and hear the bells and the melodies sounding even now… 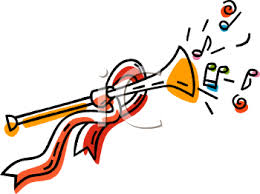