A True American Original
In my booklet notes for Lisa B’s second full-length album, Center of the Rhyme (2003), which comprised her striking original compositions and collaborations, I described the Oakland-based singer-poet as “a rugged individualist of the jazz tribe [who] articulates her accomplished narrative with a tonal personality entirely her own.” Fifteen years later, on her sixth CD, B embodies those same qualities in a distinctive homage to Cole Porter (1891-1964). 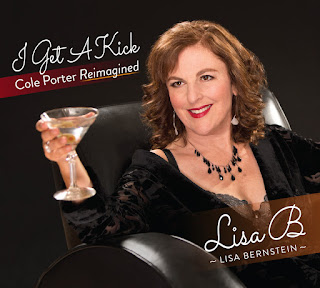 She places her lovely instrument at the service of ten songs composed for stage and screen between 1929 (“Wake Up and Dream”) and 1954 (“All of You”). With the freewheeling control of the raw materials that only the finest jazz practitioners possess, B (short for Bernstein) takes possession of Porter’s witty, poignant stories. She deploys her considerable interpretative vocal gifts to deliver the message, occasionally interpolating her own spoken word passages for an evocative multilayered effect (on “What Is This Thing Called Love?” [1929], “I Happen to Like New York” [1931], and “Night and Day” [1932]).
Lisa B’s approach to Porter echoes her remarks about the Art Ensemble of Chicago—a deep if not obvious influence—during one of our first conversations. “Their goal is to create a whole from various sources,” she said. “I love their ‘It's all possible’ attitude, the complete artistic freedom and invention they personify, their incredible versatility and dedication to craft and discipline.”
B’s first documented immersion in Cole Porter’s work is on her 2006 CD What’s New, Pussycat?, where she augmented a suite of largely original songs with interpretations of “Night and Day” and “You’d Be So Nice to Come Home To” (1942), presented here in remastered form.
“I got a lot of positive reaction to both tunes,” B says, explaining her decision to focus on Porter’s songs, and not her own, as the creative springboard for this project. “I feel a real affinity with him; it’s also fun to inhabit someone else’s work and take a left turn with it. Porter was such a brilliant songwriter, both a composer and a lyricist. What he’s doing seems simple maybe, and then you get into it, and just a little half-step and he’s in a whole different place. Also, he was gay or bisexual, but pretty closeted—there’s this sense of longing and heartbreak and isolation, as well as being Mister Society Guy. And there’s the wit, commenting not only on high society but also on the larger society. You always feel he’s the outsider on the inside. His body of work has a more profound doubleness than most of the Great American Songbook.” 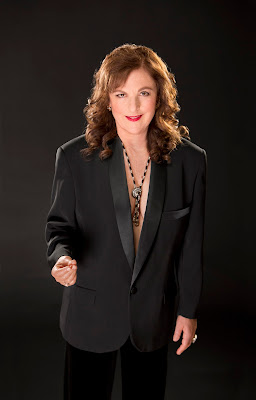 In culling Porter’s corpus for tunes that could serve as vehicles for “adventurous interpretations that have not been done before” (B’s goal), she relied, of course, on personal taste (“probably it leans towards love songs”), but also on her encyclopedic knowledge of American music canons.
Consider how she starts the CD-opening “I Get A Kick Out of You” (1934), sing-speaking the verse in duo with Fred Randolph’s conversational bass accompaniment. As the drums enter and the pace ratchets to edgy fingerpopping swing, she illuminates the lyric with luminous timbre and precise articulation, then transitions seamlessly to a pair of original vocalese choruses.
She signifies on the eternal question posed by “What Is This Thing Called Love?” with a lengthy spoken word declamation over a beguine rhythm, backdropped by a horn section (B’s long-time collaborator and co-producer, Jim Gardiner, executes all the instruments on this track except for Jeff Marrs’ drums).
And her intense, erotic reading of “In the Still of the Night” (1937) includes Michael Zilber’s keening soprano saxophone obbligatos and a funky rhythmic base inspired by Randy Weston’s Monkish approach on his 1954 debut recording.
B also stimulates the senses when rendering the songs straight-no-chaser. That’s evident in her clarion reading of the less-traveled “Wake Up and Dream,” which she describes as “a dreamy, inspiring waltz,” and the yearning she evokes on the more oft-covered “You’d Be So Nice to Come Home To,” counterstated by a percolating bossa beat.
On “I Happen to Like New York” she melds straight interpretation with pure imagination: after a fondly ironic opening vignette depicting the arrival of her grandparents, Sonia and Solomon, from the old country to Ellis Island on July 4, 1923, she morphs into Porter’s heartfelt paean to the “new city” into which they disembark.
The image of arriving into a new city is an apt metaphor for the fresh, in-the-moment approach that Lisa B, a true American original, brings to every second of this inspired recital.
—Ted Panken, Downbeat critic, recipient of the Jazz Journalists Association 2016 Lifetime Achievement Award